A Tweet from Bob Longhorn had me heading out of the door; he had spotted a Great Egret on BHM! This is the 3rd we've had on patch here since October 18th and the 5th reported in 2017. As is fairly typical with Great Egrets it didn't linger for long before heading off high (South West). I saw Ian Mc arrive at the reserve just after the bird had flown but a quick phone call got him onto it as it was heading towards Seaton. One was reported at Dawlish about 90 minutes later so quite possibly the same bird continuing SW. 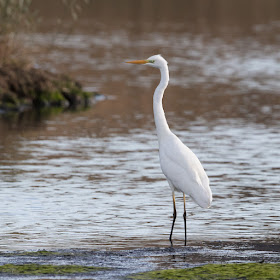 I'm very late posting this but Steve Waite had 6 Avocets flying over the estuary and then landing on BHM on 19th. It was tipping it down by the time I could get there for a look but they were nice to see none-the-less. 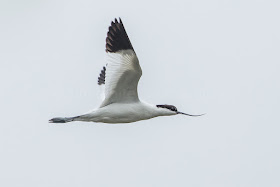 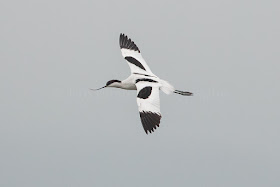 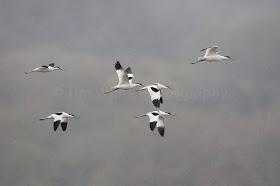